Three months! Three long months in lockdown! Then an opportunity for travel and camping dispensation for the scientific study, ‘Where’s Wedgie?’ in Tasmania. The Where Wedgies survey is organised by Nature Trackers to encourage community involvement in tracking and conserving threatened species. This survey records the location of Wedge-tailed Eagles and other raptors in designated four kilometre by four kilometre squares around Tasmania. Over two days, six ten-minute sightings are conducted starting on the half hour or hour. These records detect the population changes over the years. The first days of the survey are conducted on May 29-31 this year with over seventy squares being surveyed. The lucky participants had special dispensation to travel during this lockdown time. Another survey is taken on June 19-21 as it is now possible to access and camp in National Parks again.

We choose the Pine Tier Lagoon area in May. It had been -7 degrees at nearby Liawenee the night before, but we two women in our seventies aren’t daunted. The Troopie and the Campervan are readied, and the snow clothes packed.

The Lagoon area is empty. Camping isolation sure beats home isolation. Tucked among the eucalypts, water ruffling the lagoon, birdsong in the canopy, we light our camp fire. We have the best meal for weeks- chops on the barbie and potatoes in their jackets. It is no-where near as cold as we expect and next morning we wake to a light misty rain, wonderful reflections on the lake, and a semi-circular rainbow above.

We take the Troopy out for our observations to take advantage of the many old over-grown Hydro tracks in the area. Wallabies are darting everywhere. We do an overview of farming paddocks; drive down by the rushing Serpentine creek; to the old hydro bridge uprights on the Nive River; to the high walls of the concrete flume; to Pine Tier Dam.

No Wedgies! Then on our last spot for the day high above the dam by an old Hydro concrete wall and bunker we pull up, open the car door and right in front of us two Wedgies take off ln slow motion, probably bloated, like giant pterodactyls; and do a circuit above and soar down towards the dam. We are within 10 metres, we can almost count the feathers on their legs. An amazing sight! We investigate further and find, right there, a dump of fresh bloodied carcasses- a deer and four or five wallabies- presumably shot and dumped. The chances!

We do some research on the Hydro ruins. Apparently, the bridge across the Nive was built to provide vehicle access the other side of the dam where a flying-fox tower was built to bring concrete in huge buckets from the batching plant (our concrete wall site above our side of the dam) by a flying fox to build the dam footings.

Elated and enthused from our observations the day before we are up early next morning. First stop a roadside quarry and immediately spot two Wedgies soaring above the tree tops about four/five hundred metres away. Maybe our two from yesterday? We head back to the massacre site, no Wedgies today but the carcases have been further stripped. All rib cages are exposed, guts and intestines devoured, wallaby tails now just a bloodied bone structure. Wedgies, Quoll or Devils? The skins and heads are still intact which may indicate Wedgies. Four more locations, no more raptors but a clamour of Currawongs devouring the berries on the Cyathoes Parvifolia.

As we drive back to our camp site, just outside the square, we stop to read a Tasmanian Land Conservancy sign, and a few metres away another Wedgie swoops low in front of us and quickly disappears into the distance chased by two Forest Ravens. A fitting farewell for our adventure!

And the results… 146 teams surveyed 161 squares over Tasmania and there were sightings of Wedge Tailed Eagles in about 40% of the areas with more data coming in, plus many sightings of other raptors. That will then be compared with previous years’ data. It’s looking as if they are alive and well! 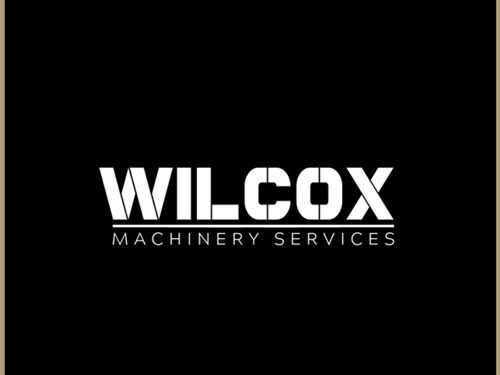 We are located in Middleton, with onsite services also available. Our work includes tractor servicing and engine rebuilds, farm equipment repairs and a wide range of work within the Tasmanian agricultural industry. We also offer hydraulic installation and repairs, welding and fabrication work